My daughter is now having a drive-through high school graduation. USA! USA! USA!

I check on my sister daily and it’s kind of like a rollercoaster. She gets better. She has a very hard time breather, She has something of an appetite and then she doesn’t even want water. Her kidneys are barely functioning right now and nobody can visit her. She has to be in such a horrible emotional state.

That’s terrible Monkey. It held on to my dad for weeks. I hope she pulls through. That’s Rod on the left.

I’m sorry to hear that Monkey; I hope things turn around for her

My daughter’s best friend out in Phoenix tested positive a few weeks ago. She had been recovering at home without any problems and hardly any symptoms. Then a couple days ago she went out for a walk (she’s young and very active) and noticed her heart seemed to be racing. She checked her Fitbit or whatever and it said her heart rate was at something like 175 beats a minute. She did a virtual doctor visit and they told her to come to the emergency room immediately. When they checked her out she had blood clots in her lungs and has been in the hospital since…

Though she’ll likely recover, her lungs will probably never get back to what they were.

This is what concerns me most about Covid. The permanent damage the virus can cause.

I still don’t understand how people aren’t taking this seriously. Even asymptomatic or those with mild cases are reporting issues they discovered later on.

I was invited to a baby shower this weekend. I declined to go, as to me it didn’t feel safe even though it was 10 people (incl me and the soon to be mom) and outside. One of the attendees is very conservative and has been big on saying it’s all a hoax. She had to call all the attendees to let them know the next day she tested positive for Covid. She works at a hospital that had been having several positive cases and still chose to go, putting 8 others at risk because “she feels it’s a hoax”. Still does, I wonder if she’ll still feel the same if she ends up in the hospital.

Thankfully everyone who’s been tested since has come out negative.

I will say I am slightly hypocritical, but we’ve started seeing our parents and siblings. My husbands dad is 80, and quite frankly has stated he’d rather see his family and grandkids than sitting at home maybe never seeing them again given his age. We have also let the kids ride bikes with the neighbor girl recently, as long as they’re staying outside. I think they needed it, and after talking to the neighbor girls parents - she really needed it for her mental health. She’s an only child who’s homeschooled and not seeing anyone for 3 months was having such an effect on her.

Damn @DougoBlue that’s terrible. It’s stuff like that which terrifies me. I hope she comes out ok.

Some friends have had a few BBQs in recent time, and another one is coming up this weekend. I keep declining to go; thankfully I can work from home, and I don’t leave the house unless absolutely necessary.

Agreed @Lacey, I don’t get how people think it’s a hoax. They think all this business is made up? All the people in their 30s and 40s – let alone older healthy folks – dying? I’m so tired of people not believing in science; I’ve been generally used to it, being a scientist myself and seeing how people just don’t care, but this seems like it’s on a whole new level. Or maybe it’s always been like this, and I’ve been giving the general public too much credit.

I don’t get the people that think it’s a hoax either. Yeah, it’s a politically motivated hoax concocted by the democrats, scientists, and every other fucking country in the world to oust our piece of shit president.

Possibly my favorite comment on the whole fiasco was a tweet that read (paraphrasing here) “The biggest mistake was telling Americans that wearing masks wasn’t for their own safety, it was for the safety of others. C’mon, know your audience!”

Our county is the only one in the metro without a mask mandate, and our county commissioners released a statement specifically saying “we can’t live in fear, it’s up to people to make their own decisions”. Needless to say, we’re no longer putting any money into our county economy. We instead drive 15 minutes to the next one to do all of our shopping.

This one little thing will get us all back to normal. The selfishness of people. I love our house and land, but I’m ready to sell it and go back to living with sane people.

But remember everyone, this is a worldwide conspiracy to oust trump; masks don’t work, if they did why do mask wearers still get it; and the new world order is trying to take over - that’s why there’s a shortage of coins. I cannot wait for all these trump loving anti-maskers, hoax believers to start losing their mind when they realize Walmart’s (their mecca) is planning on enforcing masks.

First off, Jesus fucking satan, that’s horrible! My sister is mid 50’s, this poor kid has her whole life ahead of her. My sister has always made some pretty sketchy choices regarding her life and her health. This poor young woman, on the other hand, is fit.

^That’s why people should be more concerned. This virus does different things to different people AND it seems the healthier you are the worse off you get it.

I still see a particular kind of person walking around stores in my area not wearing a mask. And that’s white, cargo short wearing men of a certain age group and no doubt a level of privilege that makes them blind or careless to what’s going on around them. EVERYONE’'S observation, not that we a re 6 months into this is that caucasians of a certain wealth could care the fuck less about the rest of the world.

And “coincidentally” the same people bitching about their constitutional rights.

You know what I’m also sick of? Conspiracy theorists. With their conveniently-constructed stories that perfectly fit together, and somehow can’t be disproven either because A) they don’t believe science – because that’s fake too or B) nothing exists, because it’s so ridiculous; they think that the whole mask requirement is the tip of the iceberg to eventually control every aspect of society. Three major problems with this theory:

So my fucking conservative, only county in the metro to refuse a mask mandate is having a huge explosion of cases. There was a party on 7/3 that had about 200 high school age kids at it.

We’re about to get bad… stay home, wear a mask, wear gloves, and sanitize up. i think it’s only a matter of time before we all get it. no one seems to take this shit seriously.

we have assholes everywhere here in missoula that feel “oppressed” because their rights are being taken away…by wearing a mask. give me a fucking break. of course, there’s no logic to be used on them…they’ll just mouf breaf all over you.

I’ve been able to delay this fire alarm check for quite some time now. Gives me more time to prepare to minimize the risk; I ordered this this morning: 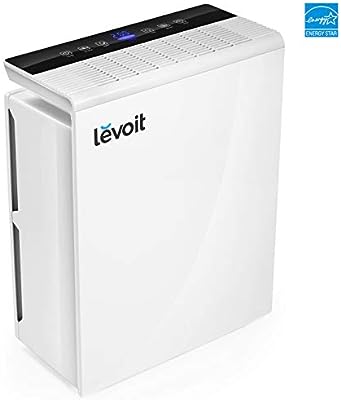 Combined with masks and keeping maximum distance, I think this is the best I can do. Plus it probably doesn’t hurt to have an air filter in the apartment.

How is your sister doing, Monkey?
I just found out my son in laws mom who is in a nursing home just tested positive.