I don’t listen a lot, but there’s a reason or two why. None of which are a judgement that it is ‘bad’ or unskilled, just that it doesn’t reward me as a listener for why I listen to music.

One, the lyrics, once heard, generally offer very little depth about the human condition. They are more about circumstances and settings. It is part of the construction of the idiom, which prizes meter and rhyme over content. I find that if something of value is said, it is often immediately paved over with another stream of lyrics, diminishing my ability to savor the thought.

Also, since wordplay is the driver, once I’ve heard it, and have been impressed, the replay value drops quickly. It’s like a comedy routine or album–once I know what’s coming, it’s no longer a pleasurable thing to listen to for me.

Both of these things are coupled with an almost deliberate obliteration of melody, or at least a purposeful reduction of its role. And melody is what hooks me in and brings me back. For others of course, it’s rhythm, and they dig it.

I like much of what I listen to, but my feeling walking away is that I’ve seen a great juggler or shredding guitarist, something I don’t need to see again for quite a while—and not that I have been given something to consider and reconsider. I should point out that I also very very rarely re-watch movies–I get no pleasure in repeating a spoken line of dialogue once I’ve heard it.

And finally, I listen to music because it is human. Once you start looping and sampling, it becomes machine-like and loses its human connection to me–I can no longer hear the ‘natural’ in it. It becomes like the beeping of a school bus when it backs up—I tune it out because it is not communicating anything human or animal.

Hip hop is the dominant music force and has been globally more successful that rock ever was. And it’s not like I haven’t spent a lot of time listening to its many iterations over the decades. But It doesn’t speak to me, and that has very little to do with the subject matter of the songs, and more to do with the idiom itself.

There are SO many rap and hip hop artists with completely different styles. I’m a fan and I’ve barely scratched the surface of what’s out there. On a mainstream level if you can listen to Kendrick Lamar or The Roots and not get something out of each listen, you aren’t really listening.

Rap is similar to Country music. If someone decides they don’t like it, it’ll rarely be given a fair chance. Jason Isbell is not Keith Urban and Andre 3000 is not Drake but they’ll fall into their categories.

I don’t really get into any of the new stuff I’ve heard, which hasn’t been much. Every once in a while I like Dr. Dre and Snoop bc they remind me of college parties. In my car sometimes I’ll put on Some LL bc he gives me special feelings.

Steve likes digable planets, Jurassic 5, oddisee and blackalicious. I like listening to these when he plays them in the car. Smarter lyrics and some jazzy background music. I don’t play it on my own but I like it when it’s on.

He recommended Oddisee’s album The Good Fight as the one to check out.

If anyone wants me to put any of this in the box just let me know. Are you still in the area? If so, I’m ready for the spring! I can’t take the cold with the little teases of warmer weather.

I got my first tattoo yesterday! My dad used to always say he’d only get one of the Chiefs made it to the super bowl. If they did he was going to get a chiefs one. My stepmom and stepsister got the chiefs one for him, and I got some small Wildflowers.

We used to always jam out to Tom Petty when I was a kid, so I felt it was a tribute to him/that.

On 48 hours last night they featured the story about my friend’s murder by his wife.

Linda, Todd’s wife, supposedly drugged him and/or hit him over the head and dowsed him in gas and lit him and their house on fire… then, he somehow came to and crawled out of the burning house while still on fire. She then ran him over with their van repeatedly in their front yard before she left.

Now that bitch has somehow convinced people she didn’t do it. They’ve said her trial and guilty verdict were wrong and they’ve set her free.

Yes. I’m still around. Living in St Joe, but work up by the airport.

Jeez what a mess. I usually watch Dateline so I didn’t see that one.

Congrats to KC and LB.

It was so crazy outside yesterday - and we were watching at a friends in the burbs. We could hear all the neighbors cheering in their houses, everyone had fireworks, on the drive home everyone was honking and shouting and excited!

This is a huge deal for us here. We’ve been disappointed for all of our lives. Watching games, being told this year is the year and then being crushed, but going back and supporting them again.

We had to go to Salina, making it back just in time for you the opening. My grandmas in the ICU, so I went to visit and we all had to tell her that she needed to stay down here for the game, instead of heading on “up” with dad and grandpa.

I also checked on Waves last night, and he is still alive. The excitement didn’t kill him.

This is a huge deal for us here. We’ve been disappointed for all of our lives.

Try being a Lions fan. I gave up on pro football, it was just easier than clinging to hope that they’d ever be good again.

I watched some of the parade on my flight to San Antonio today. It looked like everyone was living their best life. Not sure how I feel about this. It could have been one of the things keeping him alive. 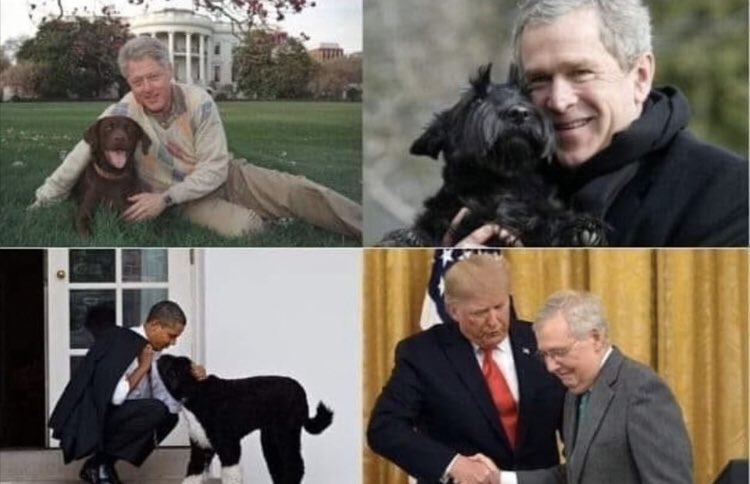 “U.S. Presidents and their pet dogs.”

Just found I still have a bunch of my old Hot Wheels cars. My grandson will appreciate these some day. Early flight to San Antonio to see the inlaws. If I’m awake tonight, we might drive to Luckenbach to see Kelly Willis and Bruce Robison.