Ha-ha, okay. Perhaps that bit of information was superflous. Sorry for that - as Morrissey and Ryan are separate musical eras for me personally, I tend to separate the things that are associated with them, if that makes any sense. (A footnote: Ryan’s attempts at emulating The Smiths sound have always left me dead cold - “Manchester”, no thank you.) When I started listening to Morrissey he had put out three albums: “Viva Hate”, “Bona Drag” and " Kill Uncle" and still to this day I think that “Bona Drag” plays like a proper album and back then I liked it the most since it was the most uptempo and easily the strongest album of the three. And it is strangely cohesive. At the same time, Morrissey has always had a tendency to put out his best songs on stand-alone singles rather than albums. “Boxers” is a key example. It is easily one of his top three songs, and nowadays it has become a bit overlooked in his canon since it has only been included in his strangely put together collections. Back in the days, we worshipped the single like an artifact (I still consider it pop perfection).

So Drive-By Truckers put out two albums last year? I only knew of the first one (The Unraveling) as someone put it in the box. The 2nd one in 2020 was called “The New OK”. Maybe I’m the only one that was unaware of it until now. But, if it went unnoticed by other interested parties…I put it in the box. This guy is solid…i rarely get to contribute cause y’all beat me to it…
hope Cole Scheifele does it for you…i think he’s darn good…derivative but good.
enjoy?
i can’t upload to the box but here’s a spotify link and youtube 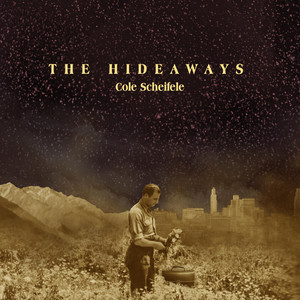 Derivative isn’t a bad thing at all. One could make a strong argument that most of the music that’s been made since the late 80’s is pretty much derivative. Big fucking deal. Musicians are influenced by the musicians that preceded them. Declan McManus put it best - "taking inspiration from others is how rock’n’roll works”.

Besides Balv, you turned me on to John Craigie in which I wll be forever grateful. I look forward to giving Cole a listen or three.

i don’t think derivative is bad at all.

and I so love to you love craigie too. i just think the world of his music and my one wish is that my bro was still around so i could share it with him!!!

Thanks, will check it out.

I put the new Son Volt album in the box. Just out of curiosity, does anyone else have problems uploading to the Dropbox? I live in the sticks & can only get shitty DSL internet. So I figure it’s just me. But, I thought I’d ask anyhow.

I got a copy of the Wilco/Sleater-Kinney tour only split single Modern Girl / A Shot In The Arm. They cover each other’s song. I ripped the vinyl the best I could & put it in the box if anyone wants it. View credits, reviews, tracks and shop for the 2021 Vinyl release of "Modern Girl / A Shot In The Arm" on Discogs.

The new T Hardy Morris is good. I love his voice. Pretty mellow.

New band to me that I also liked was Rose City Band. New album.

Added these and more to the box.

I have not got access to the dropbox yet so I cannot drop it, but the new Sturgill sounds mighty fine in my ears, to say the least (it is up on ex * st * nce.n * t).

how long do you have to be a member till you’re in the dropbox.

how long do you have to be a member till you’re in the dropbox.

You don’t need to be a member to be in the box. Eventually, we’ll all end up in the box…or an urn.