I agree. I love that band.

My cousin flew from Baltimore to Denver at the last minute and went to the First show.

I’m going to try to watch this weekend.

This band is definitely more exciting than Dead and Company.

After nearly 8 years I finally got to see my favorite band again.

We spent five hours total in the car driving through Indiana, for a three hour show, but I’m here to tell you The Black Crowes have still got it. I like their little bar they have set up onstage.

I saw them once in Kalamazoo back over 30 years ago backing up Aerosmith at Wings stadium - a rather shitty venue for sound. The Crowes came out first and rocked that place. Chris was doing his best Rod Stewart impersonation with the scarves, microphone stand and such. I remember Hard To Handle, She Talks to Angels, Jealous Again and Twice as Hard. They rocked hard and were so high energy. I loved them but the sound sucked. Then Aerosmith came out pumping Pump. It sucked, they sucked, but sounded decidedly better - which was no accident I’m sure.

I’ve probably told this story before - I am looping at times, it is what old people do.

The sound 30 years later is a lot better.

The band sat around that bar to set the scene. Chris came out and sat in front of the drums with an umbrella covering him. Then Rich walked out and started playing and they went full blast into the whole first album.

Of course their 2nd and 3rd albums are the two best so I was really there for the 2nd half of the show!!

I really hope they will continue after this tour.

They’re playing huge venues and selling some $20 tickets at some venues to fill them up. Go check them out again, Dougo!!

Saw Emmylou Harris a few days ago, and then Steve Earle yesterday. Both shows outdoors. I wore a mask, but lots of people didn’t. I had a ticket for a show in Iowa to see Steve, but it was indoors in an area with high Covid rates. No mask or vaccine requirements, so I decided to skip it. All shows in Chicago that I have tickets for require both vaccines and masks. I’m hoping they won’t get canceled still.

Here’s what the NYT has to say… 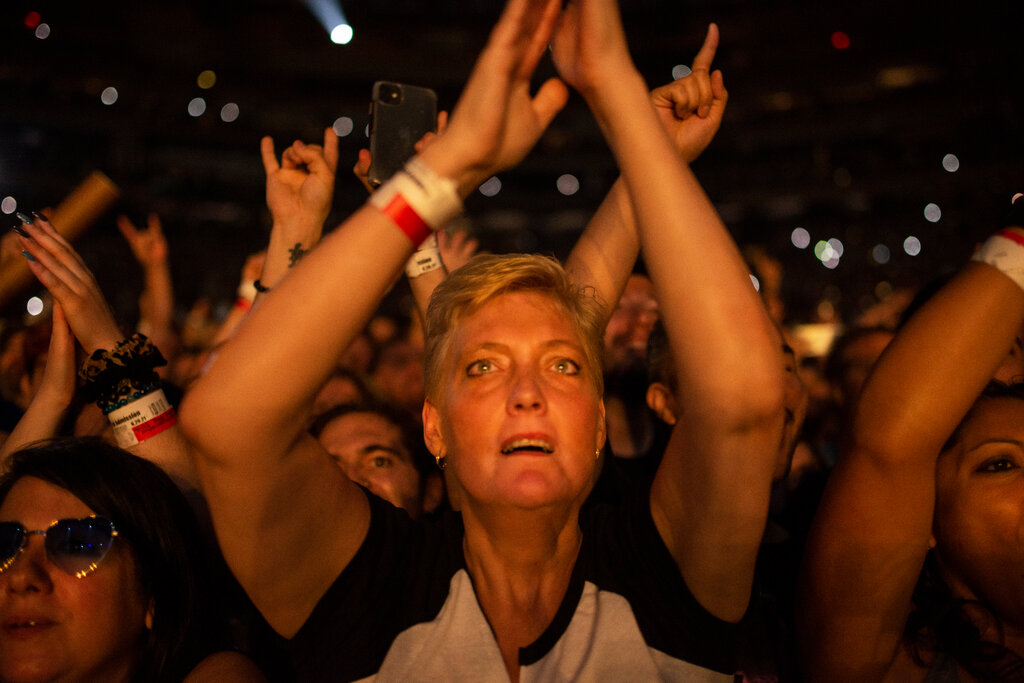 As the concert business amped up again, our critic booked six weeks seeing shows in honky-tonks, clubs and arenas. But concerns about Covid-19 became the unannounced guest on nearly every lineup.

Yeah, I started wearing a mask in public again a few weeks back. Figured I better get back in the habit. Even though I’m vaccinated. I’d love to go see Wilco in Philly in two weeks but it’s just not worth the risk. It is outdoors though. It’s at the Mann Music Center. I haven’t been there since the summer of '95 when I saw Victoria Williams, The Jayhawks, Matthew Sweet & Soul Asylum.

I still find Isbell’s Twitter persona annoying, but I’m glad he’s taking a stand on requiring vaccinations for entry to his shows now. Even if it might mean the show I was going to see next week may be cancelled. It’s definitely time to stop indulging the anti-vaxxer idiots.

A few years ago I may have found his twitter persona annoying as well, but nowadays I feel it is appropriate.

So many stupids in this world. He is not one of them in my opinion.

A few shows into my Summer shows and already a cancellation.

Despite being vaccinated someone in the String Cheese Incident tested positive and the weekend shows in Louisville both got canceled. Not rescheduled either.

We weren’t going this tour but the singer JB in Widespread Panic also tested positive.

I feel like every show I have tickets for will soon be canceled.

I’m starting to think that too.

I have seen two shows outside so far and am seeing another one outside this weekend. I’m skipping indoor shows that don’t have both a vaccine and a mask mandate. Here in Chicago, all venues seem to have both, but I had tickets for shows out of town, some in red states. I’m starting to wonder too. The booster shots are eight months away, and then those will stop working. We’ll need shots once or twice a year in order to function, and too many people won’t do that.

We just got hired to play Nudestock. I’ve heard about this for years. Super excited.

Rocking out with your frock out

Will you be able to concentrate with all that sightseeing?

I’m standing at the front, just in case there’s a wardrobe malfunction. I used to oil the hinges in C.S. Lewis’ house… I know the drill I was lucky enough to see the Stones three times. A good time was had by all.

I caught them once late 90s in Sheffield. Superb show