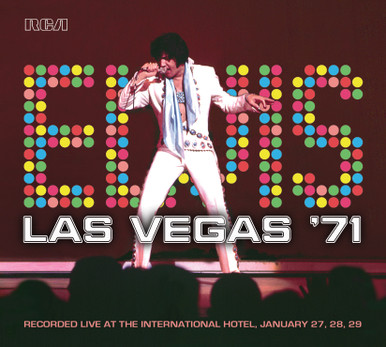 My folks saw Elvis in Kalamazoo in 1977. This photo was taken at that concert. 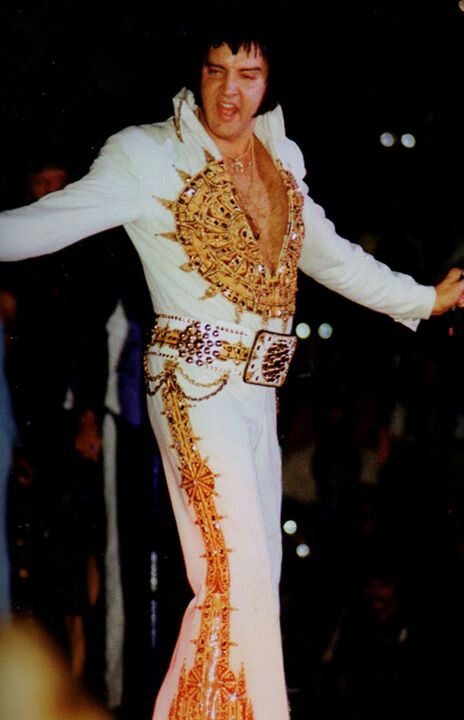 Even though it’s custom made, I doubt he could button it up at that point.

Interesting tidbit of information: Elvis was said to have been sighted in Kalamazoo several years after his death at a Burger King.

Pretty cool! It looks like they were pretty close to the stage. Thanks for sharing!

And if you want to hear the show your parents went to, here you go:

"Even diehard fans of the King of Rock & Roll may not know that he released an album called “Shakin’ Up the Great Lakes,” recorded in Ann Arbor and Kalamazoo, Michigan.

Less than 4 moths before he passed away, Elvis Presley’s 1977 concert tour brought him through Michigan. The King played Crisler Arena in Ann Arbor on April 24th and Kalamazoo’s Wings Stadium 2 nights later. Both shows were recorded directly from the soundboard and an album called “Shakin’ Up the Great Lakes” was issued on CD in 2006. This now rare, collectors item renders a crisp, clean, accurate representation of what it was like to be in the audience for what would be the last run of shows for Elvis. You can spens about $40 for the European import on eBay of press “play” on the YouTube link below and turn it up." 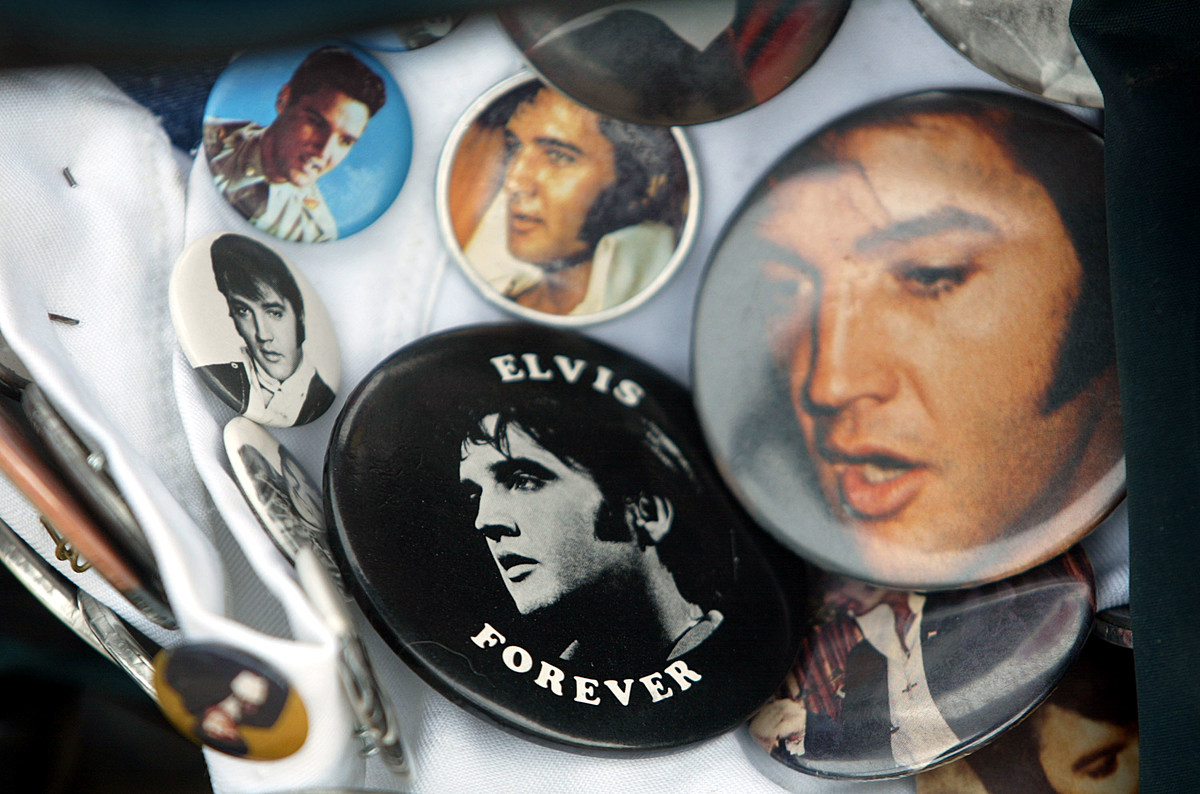 I saw the recording on YouTube, but I never knew it was an actual album release.

My folks didn’t shoot that photo, I just found it on the web.

They also saw Frank Sinatra there and Tom Jones. My mom said so many women were throwing panties up on stage at the Tom Jones show and it was GROSS!

Wings Stadium seems like a strange choice for a recording… the acoustics are terrible in that hockey rink. Billy Strings is playing there next month and I have been back and forth on going even though I really want to see him. I probably will because his dad will probably join him as it is close to where they both grew up.

Speaking of Billy Strings - I’m looking forward to this release: Yeah, I always thought the panty throwing thing was kind of gross, too.

More photos from Wisconsin, this time from Brown County Arena:

The “official” name seems to be Mexican Sundial jumpsuit. Yeah, he really doesn’t look all that obese there.

So what do we think @thebalvenie? I dig it; clever lyrics as always.

I think it’s the best album she’s ever done and I’m only on listen 2.

I have two listens so far too

It’ll be on all weekend, I can say that; Saturday mornings I make the rounds to the grocery stores, etc, and usually pick an album or two to have on for the drive, and this will be one. My ex-husband brought me a bizarre Faygo back from MI where he was visiting his girlfriend. It turned out to be blood red, so I mixed it with Jim Beam and black Greek cherries. Gorgeous vampire whiskey Coke (Er, Faygo Rock n Rye), I’m calling it Maroon after the bangingest banger on this album.

looks good! I had a negroni last evening; then an orange Campari just now.

I love how TS just drops an extra 7-song EP alongside the original album on release day.

This one hitting home:

yes! all my faves too and i’d say vigilante shit is awesome too

for me, tough to beat 1989 and lover…but then she went adn did folklore and evermore