Let’s all try to keep the underage/pedo aspect of this at the forefront of our collective minds…we knew he was a mega-douche man-child who had a poor history with women, but the underage sexting is some unfathomable shit.

We’ve had subtext about Ryan Adams for a while. Now it’s blatantly just text . 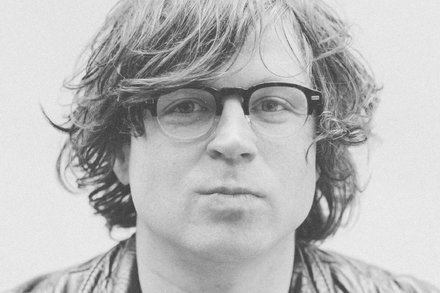 Several women say Adams offered to jumpstart their music careers, then pursued them sexually and in some cases retaliated when they spurned him. He denies the claims.

Very disturbing about the phone sex & online bullshit with an underage girl. WTF
This was going on while he was married? He was still married in 2013, right?

Jesus! Just think about how that guy with the huge Cardinology tattoo is feeling right now.

This part is so dumb…

That’s really beside the point. You don’t have to actually have power to wield it. All he had to do was pretend that he had the power.

By the way, Phoebe Bridgers is awesome

Also, Mandy Moore, who totally didn’t have to, chiming in tells you everything you need to know. She gains nothing from telling her story.

It’s upsetting that although a dozen people were interviewed for the piece, that he was allowed to keep this up for so long

Agreed, And it’s a stretch to blame him for her failure in the music business. She could have done what she wanted without Ryan’s permission. Maybe she feels she shouldn’t have listened to him but that’s surely not all his fault.

I’ve got to stop reading Twitter bc it’s just awful. I just saw him being called a rapist and one woman said you should have thought about that before putting your hands on a 14 year old girl.

My opinion on this is that the NYT comes out looking like the stupid tabloid that they have become. They sure don’t mind ruining people’s careers for a little click bait.

The “fact” that Mr. Adams sounds like a creep - especially in a piece designed to make him look so - shouldn’t surprise any of us. Sadly, trading sex for fame is what Hollywood runs on. Why should we be made to feel sorry for these people just because they are women?

Right. These women were using him and he was using them back. It’s fucked up on both their parts.

My opinion is changing. That piece is presented like a rape piece. It’s too much for a guy that’s got a thing for young women and he’s a dick and uses them and makes empty promises. This looks like he’s being charged with something. Although proves beyond belief he’s an asshole, and may have borderline pedo tendencies, it’s a destruction piece. Someone at the Times has a boner for him. I don’t thing the scale is fair for what he’s done. It’s a full on smear.

maybe some validity to that. i can’t help but disagree to some degree.

we are talking about power. and like nick said, we can say he held some due to his influence in the music market…pax am, studio session time, headlining promises etc…those women don’t have any power and i don’t believe they were using him AT ALL. i’m no psychologist (thank god) but we’re dealing w/ a charming ego maniac here to paint as a victim is fucking way off base…this excuse of pay to play sexual favors doesn’t fucking fly just because it’s been how it’s done. that’s the whole fucking point of metoo!!! time to fucking change and stop this bullshit.

and as for the 14/15/16/17 year old…he’s the ADULT!!! he is the adult. i don’t need to know a thing about psychology to understand she is a star struck pubescent full of wonder home schooled so called prodigy…she got some attention in the worst way. he might not be a pedophile but i think we can all agree that if this predator was on the other end of the phone w/ one of our kids i would personally go chop his nuts off. a 40 year old, granted he’s stunted, egomaniacal and immature as fuck, but he knows better…prodding her and working her over. can we all say w/ certainty that we ourselves at 15 would have handled it any better in the face of a musical hero who is manipulating his way in the door w/ compliments and charm and promises of working together…???

i’l fucking argue w/ all of you on this. not impressed that any of you see it differently. he’s an adult w/ power and notoriety and influence.

and mandy moore is absolutely a victim. being stifled and put down and abused IS FUCKING AWFUL. i grew up in a house w/ an addict and narcissist. this guy would go out of his way to make sure the light was on him and keep her in the dark…so to speak. kudos to her to being brave and standing up against an over opinionated immature developmentally stunted jerk.

i’m gutted, sad and heartbroken that one of my biggest musical heroes turned out to be THIS BIG PIECE OF SHIT. i have been done w/ him for a while but man at least i could always go back to the music…just the other night i put on love is hell and cranked up english girls and please do not let me go…amongst others…this guy’s music saved me and my littler brother through college. so glad my bro isn’t alive to read this shit…he’d be gutted as well. the last two songs he played before he killed himself were in my time of need and rats in the wall…still have the video of him playing it on his takamine guitar

again,
i am selling my vinyl collection. i’m milesofnothing on ebay

Yeah I’d kill him if he did any of this shit with my kid.

It saddens me that so many are coming to his defense. Even his own attorney’s canned bullshit is weak. Not once while reading that NYT piece did I think “this sounds like a hit piece.” This won’t stop here, either. This will be like the Louis CK thing. I’m guessing a lot of people in the industry heard rumors about Ryan. Now those rumors will be told.