Liz Phair on Being Misunderstood, Ryan Adams, and the Dawn of Girlville

“My theory was, if I say the dirtiest things in the world, but like a little girl, will anyone actually hear it? That was the game I was playing.”

No surprise there, in regards to Ryan. I was excited at the idea of hearing music they made together though. 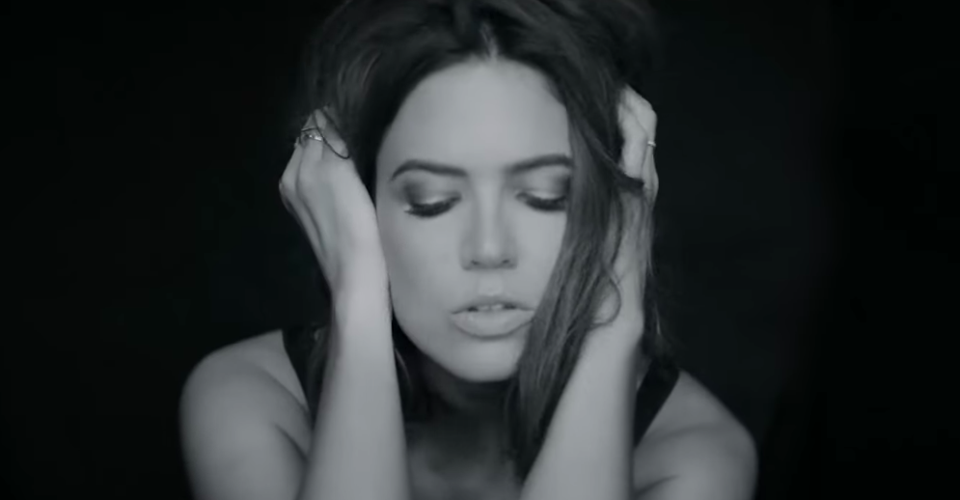 What Makes Mandy Moore’s Return to Music So Poignant

After alleging that her ex-husband, Ryan Adams, derailed her career, the singer released her first single in a decade to address the feeling of losing control.

So how long do you think she can ride the “my ex was a horrible person so listen to my music” train before people figure out her music is just average at best?

I think it’s more the press that’s dragging that around. Click bait. She’s married to a musician. I doubt she’s wanting to have RA attached to her new music.

From the article “The lyrics are general enough that anyone can hear his or her own life in them, yet they’re also specific and well-drawn enough to make you wonder why there aren’t more songs about this specific feeling” – I’m assuming the author just doesn’t listen to any music? Because this general theme is everywhere. There’s plenty of songs about losing oneself in something, someone, or well, drugs.

I heard a snippet of a song on Twitter and it was pretty bland. I did read that Ryan’s former bandmate and friend plays on the album, along with Dawes. They’re also pretty bland.

Let’s remember that she was a teen pop star riding the Spears/Aguilera coattails. So…we shouldn’t expect much from her ‘musical career’ anyway.

Not spending a lot of energy following through on re-starting her musical career seems like a rare stroke of good judgement on Ryan’s part to me.

By all accounts she’s a decent actress though.

Fuck Mandy Moore & her shit music. She should just stick to acting. She saved Ryan Adams’ fans from themselves by helping stop him from releasing what was likely to be three mediocre (at best) albums this year. There would have been multiple editions of limited edition, colored vinyl & bonus singles. And his diehards would have spent a shitload of cash to get every version of these mediocre albums. Let’s be honest, his output the last 12 years doesn’t leave one optimistic that any of these three records were going to be mindblowing to anyone but Ryan & his insufferable sycophants. You did a good deed Mandy Moore. But, you’ve lost any goodwill from me by using your sob story marriage to Ryan to promote your own shitty music. You saved hard working, music fans from Ryan in 2019 but couldn’t save them from yourself.

You guys act like she’s bringing Ryan up to sell her single. I haven’t seen that anywhere. She’s not Taylor Swifting this shit and constantly bringing up Kanye to get sympathy/sales.

This is the first I’ve heard of the new Mandy Moore release, so yeah I wouldn’t say she’s using Ryan to promote it much. Taylor Goldsmith (Dawes) is her fiance (or husband?) now btw.

Liz Phair is such a divisive figure to me. Exile in Guyville is such a great album and I still listen to it, but man a lot of her other music is awful. Selling out is fine if you just admit that’s what you’re doing. But when she tried to turn the media backlash around on those commercial albums it really seemed ill advised. I’m sure there was some sexism involved in the reviews, but it was objectively bad pop music made by someone in their late 30s (with Avril Lavigne’s producers) who had been an indie darling at one point. And some of what she said in that article sounded pretty out of touch. I don’t feel sorry for someone whose dad was a doctor and supposedly Oberlin was the best college they could get into because they screwed around in high school. We should all be so lucky.

With her devastating 2017 debut album, Phoebe Bridgers arrived like a bolt of lightning, a premonition of indie's electric future. And now the astrology-loving, early rising, slightly witchy 25-year-old is focused on her next album—and learning how...

When Bridgers was 20, shortly before she got a manager and signed with the indie label Dead Oceans, she met musician and producer Ryan Adams, then almost 40. Their relationship started out professional, with him expressing an interest in helping her record her music. It quickly turned romantic, until it wasn’t. She went on to write “Motion Sickness”—a catchy, eviscerating breakup anthem in which she sweetly sings, I faked it every time, but that’s all right—about him. (In the video for the song, she zips to a karaoke bar on a scooter, wearing a black suit and tie accessorized with a bike helmet. “I love women in suits. I feel like all my references for it were like PJ Harvey or all these beautiful, hot, tiny women in suits,” she says, “When I put it on I was like, oh my god I look pathetic. I wanted to create kind of a pathetic character.”)

In February the New York Times published an article with extensive accusations against Adams for a host of emotionally and sexually abusive behavior, including sending explicit messages to an underage girl. Bridgers told the paper that Adams had become obsessive and controlling soon after they had slept together and rescinded his offer to have her open for him on a European tour when she ended the relationship. The morning I was due to meet Bridgers, I opened Twitter to discover that Adams had broken his silence for the first time since his initial response, denying the allegations in the Times story five months prior. “I have a lot to say. I am going to. Soon. Because the truth matters,” he wrote. “All the beauty in a life cannot be reduced to rubble for lies.”

When I ask her how she’s feeling about Adams’s sudden resurgence, Bridgers shakes her head and offers up an exasperated smile. “He can go fuck off.”

“I just hope everybody is okay,” she elaborates. “He’s, as Orson Welles would say, ‘such a pest.’ I feel like the anger I have about it is just for other people. I’m just like, Go the fuck away, dude.” When I muse about the inconvenient timing of Adams resurfacing, Bridgers has exactly two words: “Retrograde, dude.” She’s referring to the astrological concept of Mercury retrograde, the period when a planet appears to be traveling backward in the sky, which can dredge up unwanted people from the past.

Bridgers feels like she’s in a solidly better place now than when she was 21—bus hit-and-runs during therapy included. “It’s so much more fun to live in my body,” she says. “I’m better at acting out the things that make me happy now.”

“I think for a while I also looked for relationships where someone would tell me where to stand. I wanted someone to tell me how to be,” she adds. “I certainly am fucking over that.”

The most interesting thing here is that apparently the FBI is still looking into Ry-Ry’s shenanigans.

In her new memoir, singer Liz Phair appears to claim Ryan Adams ‘used’ her and was known as ‘the devil,’ RadarOnline.com has learned. Sounds like BS to me, but obviously I don’t work at the FBI. They’re probably trying to pressure him into cutting some kind of deal or they’re hoping more evidence comes to light. The Liz Phair headline was kind of misleading since she admitted that he actually was a decent producer and she didn’t mind hanging out with him. But I won’t ever defend anything that Ryan’s done.