No, you’re right. they swoop down towards the ground then back up. Is that the Angel Oak tree? Lovely! Reminds me of Pan’s Labyrinth. Need to watch that again.

Yes, that photo I posted is of Angel Tree in South Carolina - via wikipedia.

Few more pics from my trip: The last picture is at the Bay Pines Veterans Memorial Cemetery where my step father is buried. This is what you drive through on the way to his grave. It’s really beautiful and it’s just down the street from my mom’s condo. from the Big Ten semifinals this past weekend… Didn’t Notre Dame advance on a goal after a kind of sketchy penalty? Looked like that was a good game against Minnesota though.

Is Finn a hockey fan?

Our local college team, Western Michigan is playing Colorado College tonight in the deciding game of their 3-game series in the National Collegiate Hockey League playoffs.

He is. My 12-year old stepson even more so. He’s really fucking good too. He had a hat trick in the first period a few weeks ago…as a defenseman. The ND game was an awesome environment. 2nd row seats. We went to the Big Ten final last year and it was even crazier. It was a great game despite me hating ND very very much.

Two of my sons and my daughter are playing hockey right now. The two year old will be as soon as he’s able to. He’s constantly smacking balls around with his own sticks.

I didn’t grow up around the game, but I absolutely love it. 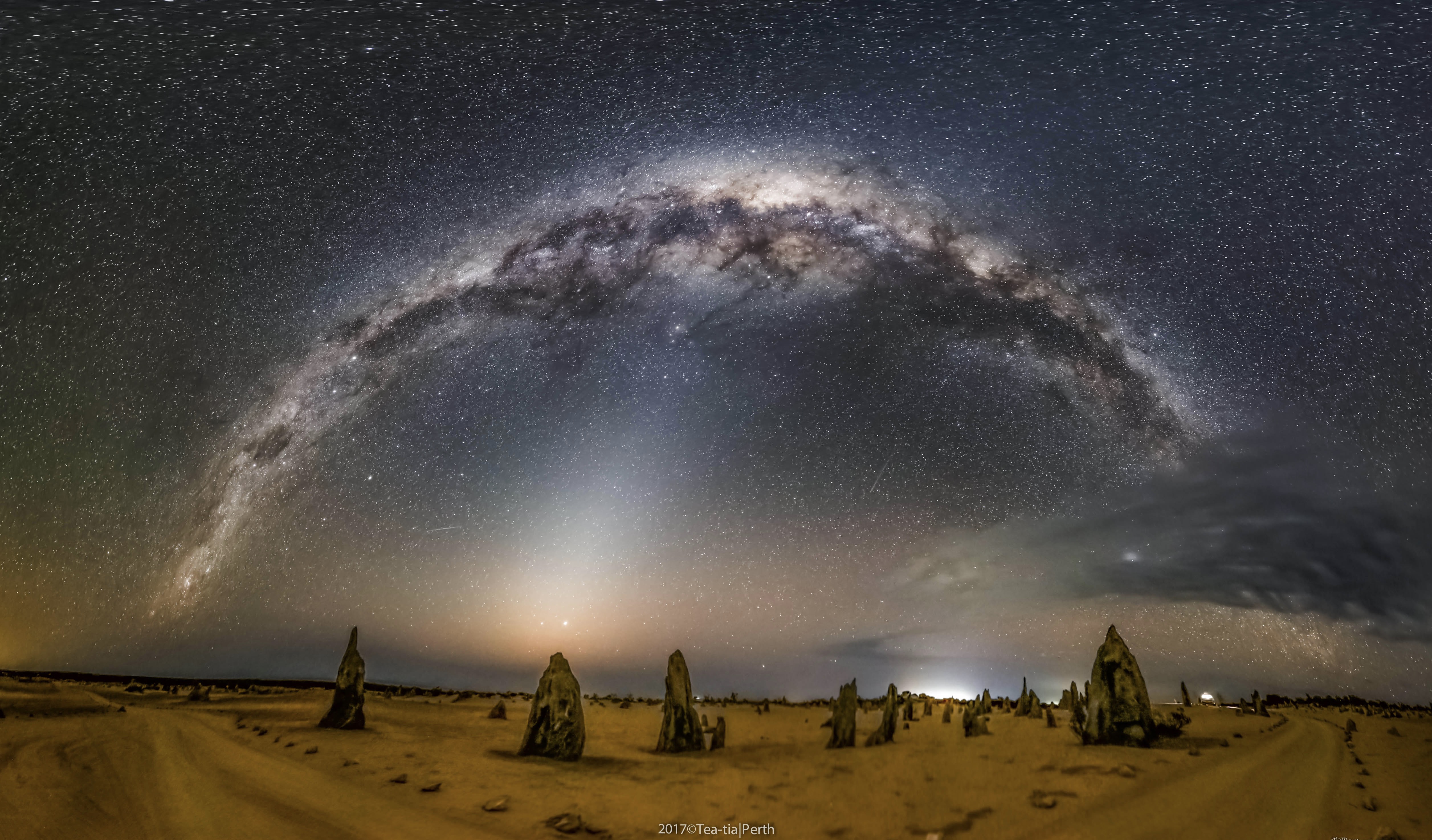 What strange world is this? Earth. In the foreground of the featured image are the Pinnacles, unusual rock spires in Nambung National Park in Western Australia. Made of ancient sea shells (limestone), how these human-sized picturesque spires formed remains a topic of research. The panorama was taken last month. A ray of zodiacal light, sunlight reflected by dust grains orbiting between the planets in the Solar System, rises from the horizon near the image center. Arching across the top is the central band of our Milky Way Galaxy. The planets Jupiter and Saturn, as well as several famous stars are also visible in the background night sky. Ian and Bernard Sumner at TJ Davidson’s, 19th August, 1979. Kevin says: "A rare shot of Ian smiling. I didn’t release this shot for years. It wouldn’t have helped the mystique we were trying to create around the band."
Read more at https://www.nme.com/photos/beautiful-joy-division-shots-from-kevin-cummins-new-exhibition-1402938#H1vFRKmxijPbJk83.99

My daughter loves to hike in Arizona. It is beautiful down there… so is she.