This is the greatest thing that’s happened here in a while.

I rarely go to Richmond, but there’s a “response” statue to the Confed ones. It was set up last year near the Fine Arts Museum. 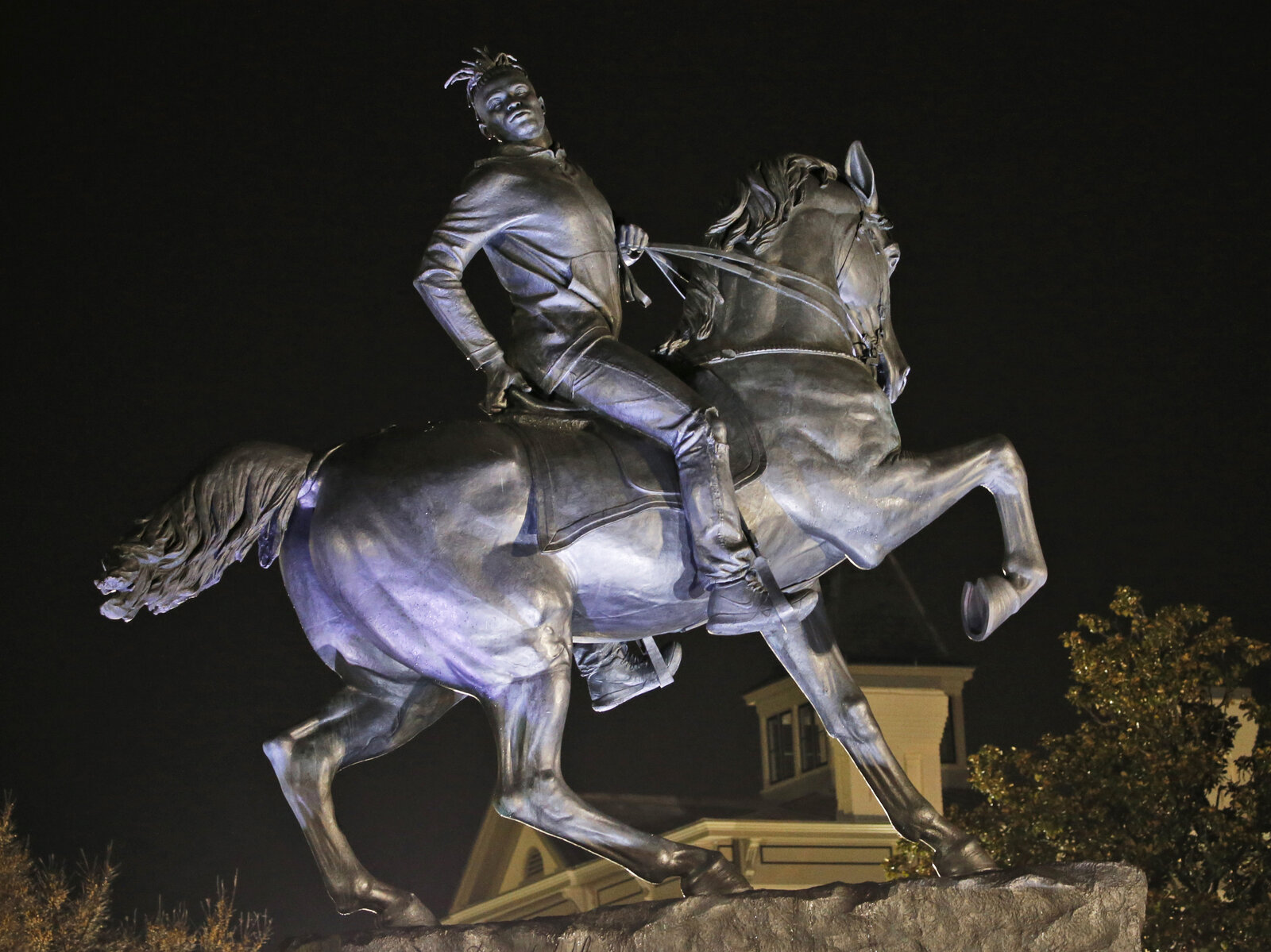 "About a mile away, a similar bronze sculpture has been installed; but instead of a Confederate general, it portrays a black man with dreads, wearing a hoodie and Nikes.

The statue called Rumors of War was built by Wiley, widely known for painting the official portrait of President Barack Obama. After spending several weeks on display in Times Square, the three-story-tall statue was officially unveiled Tuesday at its permanent home in front of the Virginia Museum of Fine Arts." Source: NPR

I was at the VMFA in late January to see a Hopper exhibit which was crap. Its theme was ‘hotels’ and they had precious little of his work.

But I go to VMFA once or twice a year. Looking forward to seeing the new statue.

Yeah, I wasn’t around Richmond from 1990 til probably 2007 or so, so I had no idea when the Ashe statue actually went up.

But I go to VMFA once or twice a year.

Totally something I’d do if I didn’t have kids.

Looks like Meade finally got that fifteen seconds of fame he has coveted for so long.

There’s part of me that still wonders if this is a put on. If it is a ruse, he’s going full Andy Kaufman.

Holy shit. Looks like him. I’ll check his youtube to see if he’s said anything about it. Edit:
This one is amazing Too bad they couldn’t get the New Balance shoes too.

Oh god…this podcast is killing Meade. He does a fantastic Meade impression too. Then…a Meade interview!

Oh shit! He does an EXCELLENT Meade impersonation!

That poor dude who had to touch him. His expression just says “clammy”

A lot of Meade’s facial expressions kind of remind me of “The Leave Britney Alone” guy. Dude has deteriorated fast. He said somewhere on his vlog that his mom had recently passed away. Wonder if that’s why he’s checked out mentally.

I’m a little conflicted…obviously the guy has some spectrumy issues…but I don’t think being on the spectrum makes you a bigot. Also, he attributed my wife being sick to her being bitter. So fuck him.