“Are you willing to denounce white supremacy?”

“Proud Boys, Stand back and stand by.”

Imagine if Obama was debating before his second term and the moderator said “some people think you’re a Muslim extremist. Why don’t you publicly condemn terrorist groups” and his response was “Al Qaeda. Stand back and stand by.” If you hate Trump because he is an asshole, you hate him more.

Biden was a non-factor.

Are we going to start a message board in exile if we all leave the country?

instead of yanking out people’s disgusting yard signs i’m just gonna put these on the property border…i mean, i’ve done worse things with $100 Which is another way to get cock for lunch.

So many ironies here, specifically how he mocked Biden for wearing a mask all the time.

Also, less amusing is Trump trying to drag Hunter Biden for suffering from addiction, when Trump’s own brother died of alcoholism.

I read where he has pulled most(?) of his ads in swing states… he’s busy cooking up a new angle. It will probably be something like "vote for the ticket/platform, not the candidate.

And, just in time for Pence’s big moment in sun at the vice president debate coming up. An out for his supporters who just can’t pull themselves to vote for him as a person, but are religious.

With the numbers I’m sure he’s reading lately he’s going to pull some (more) desperate shit.

Yeah like faking the covid making a miraculous recovery (because he’s so tough) and missing out on making another ass out of himself at another debate. Just a guess.

There’s so much stupid stuff he could pull, this is just the start, sadly.

There’s still a part of me that hates to make light of such things, but I laughed out loud reading this.

By The Inquirist Editorial Board We will know how sick Trump really is if he spends the next few days playing Golden Tee. 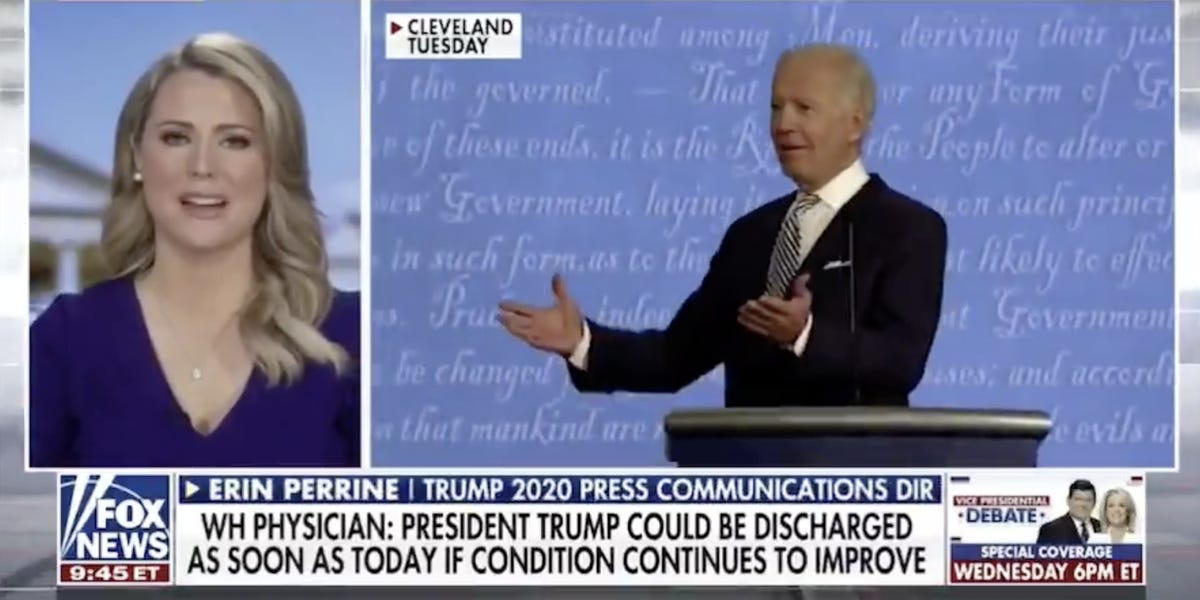 Trump campaign attacks Joe Biden for not having COVID-19

“He has experience — now — fighting the coronavirus as an individual. Those firsthand experiences, Joe Biden, he doesn’t have those."

Think of that as a boast!

“ the president resumed his job due to having access to a helicopter, medication and care that almost no one has…that’s more than you can say about Biden”

He’ll start every sentence now with: “As a survivor…”