I went to Graceland one time with my kids and wife on the way home from down south. I wanted to stay there in Memphis and see some of the sites. We were all doing pretty well with the drive, and it was raining like hell. I shot a picture of my kids at the gate and we jumped back on the highway and drove the other 10 to 12 hours home.

“No, I’m not stopping - get comfortable”. PrickDad strikes again!

Pitchfork reviewed Born in the USA, which made me listen to it again after some time. Both I’m on Fire and Working on the Highway haven’t aged so well, but I guess we covered that here. 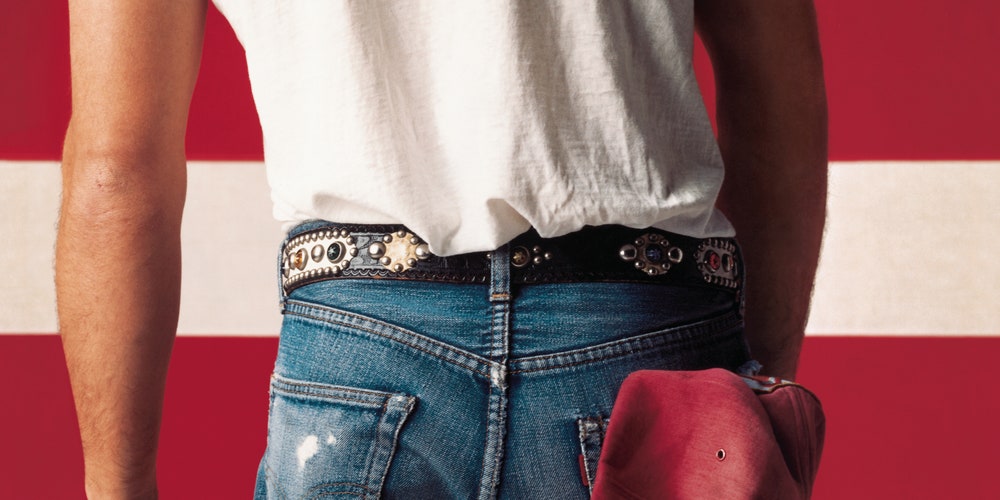 Bruce Springsteen: Born in the U.S.A.

Then there’s Child Bride, which is a truly great song that hasn’t been released. Maybe one day we’ll get the full Nebraska tapes.

Also read the bitchfork review - pretty good. Strangely enough, I am currently rereading the (excellent) 33 1/3 book on the album. Bring on the Nebrska/BITUSA box, I say! 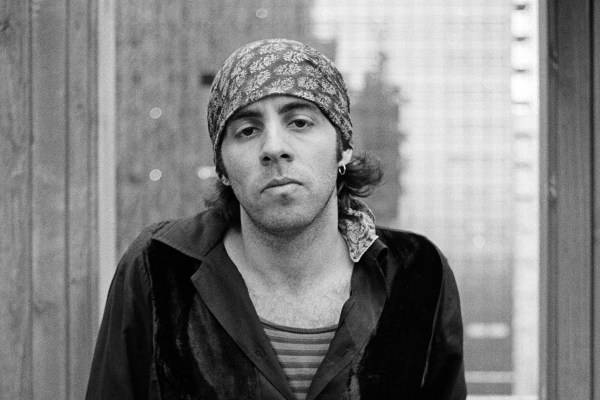 In an exclusive excerpt from his new memoir, Springsteen’s best friend recounts for the first time why he quit the band, and his big return

Was it Stevie or, like, Silvio who authored this?

(Is this for real? “I might even have been financially secure enough to have kids of my own.” The financial hardships after playing in one of the biggest and most legendary rock bands in the US … wish he had run this by the character Catherine LeFevre of the “Car Wash” song …)

Was just going to post that one. They do not make 'em like that anymore (and I love that song to pieces).

Any Boss fans also Sam Fender fans? I feel like this song has a Boss vibe: https://youtu.be/WAifgn2Cvo8

He is known as the Geordie Springsteen in the North East here. He’s decent, both his albums been pretty good overall.

Springsteen with Steve Earle and the Dukes. It’s good to hear Brad Pemberton play drums on The Promised Land.

i watched a bunch last night what people posted on instagram. quite an event!!!
thanks for sharing mutineer!

THAT BLOOD IT STILL BURNS IN HIS VEINS
December 13 / Town Hall / New York, NY
http://backstreets.com/news.html#JHF_123121
For the Bruce Springsteen fans in the house, it had all been building to this — even if no one knew it was coming.
Last night Steve Earle hosted his annual John Henry’s Friends benefit concert, the seventh year of his fundraiser for The Keswell School for autistic children, and it was once again an in-person event after going virtual last year due to the pandemic.
As is his custom, Earle invited a few guests to join his party, and this year’s roster made it feel more like Bruce Springsteen’s Friends. The evening’s featured players — Earle, Rosanne Cash, and Willie Nile — all have a connection with Bruce, which led to much speculation leading up to the event about what special team-ups the evening might hold in store.
There wasn’t much speculation about the format, though. Fans could be forgiven for expecting another in the string of acoustic mini-set appearances that Bruce has been making this year.
But this was no acoustic performance.
After Cash finished her own acoustic set (quipping that she was about to hit Twitter to brag that she’d just opened for Bruce Springsteen), the members of Earle’s band The Dukes took to the stage, and the audience knew something was up.
Then Bruce entered… with his favorite guitar in hand.
It took all of a second for the crowd to recognize the return of Bruce’s trusty Fender Esquire/telecaster, and as a roar shook the house, we realized we were about to see Bruce’s return to electrified, full-band, in-public rock ‘n’ roll for the first time since the pandemic began.
The crowd went absolutely nuts. I have been to many Springsteen shows all over the world, but reporting on this particular event from the second row on the center aisle, I was completely unprepared for the reception and reaction that greeted Bruce on this night — and it seemed he was, too.
The Bruce Springsteen and the Dukes performance that followed was half-celebration, half-catharsis for both artist and audience, and both made the most of every moment of it.
First out of the gate was “Darkness on the Edge of Town,” performed with a ferocity we haven’t seen from Bruce in years. The Dukes were more than up to the task of serving as Bruce’s backing band in an intense performance. And if anyone was wondering if Bruce’s voice is still up for the demands of a rock ‘n’ roll tour, his final “towwwwwwwwwnnnnnnnnn!” should put all concerns to rest, just as it knocked those present to their seats (momentarily).
Next up: a celebratory “The Promised Land.” This one, of course, we heard nightly on Broadway, but it’s easy to forget how powerful it is in its original arrangement. Once again, The Dukes impressed, although their lack of sax player meant a noticeable hole where our ears are trained to expect a Clemons solo.
By this point security had lost control of the floor, the orchestra crowd had rushed the stage, and Bruce seemed to be relishing the energy up in the room. He launched into “Glory Days,” with Willie Nile returning to the stage to join him, but unexpectedly the audience decided to take matters into their own hands and sang the first verse to him, “Hungry Heart”-style. That was a spontaneous moment — I watched the musicians work out the arrangement at soundcheck, with no indication of a sing-along coming — and for a moment it felt like the next tour had already begun.
Bruce capped his set with “Pink Cadillac,” performed as a duet with Earle, in a down-and-dirty arrangement that featured some terrific solos from The Dukes. Interestingly, three of Bruce’s four song choices were part of his final pre-pandemic setlist (at Light of Day almost two years ago), so for anyone who pays attention to such things, there was a bit of a “picking up where we left off” feel to set, and it contributed to the overall sense that a tour must be… needs to be… imminent.
After “Pink Cadillac,” Steve took the driver’s seat for the remainder of the evening, ripping through a short but solid setlist of his own classics and some new music, too. Bruce returned for the all-artists finale: a rousing rendition of Graham Nash’s “Teach Your Children,” which Bruce has only performed on once before — at another fellow singer/songwriter’s school benefit — in 1986. Springsteen knew the song better this time, taking lead vocals on a verse himself.
As the artists took their bows and Bruce and Steve Earle exchanged hugs, it sure looked from our lip-reading angle that Springsteen was urging the night’s host to come join him at one of his own shows — an exciting prospect we have every hope of seeing come true in the new year. No one got the answer. No joke.

'Cause I’m stuck in traffic down here on 53rd street

what is Sherry Darling?

You’ll want to take a different way home because of the Wreck On The Highway.