Speaking of The IT Crowd, this show was pretty funny, too:

Yes, great show that one.

Toast of London is fantastic. 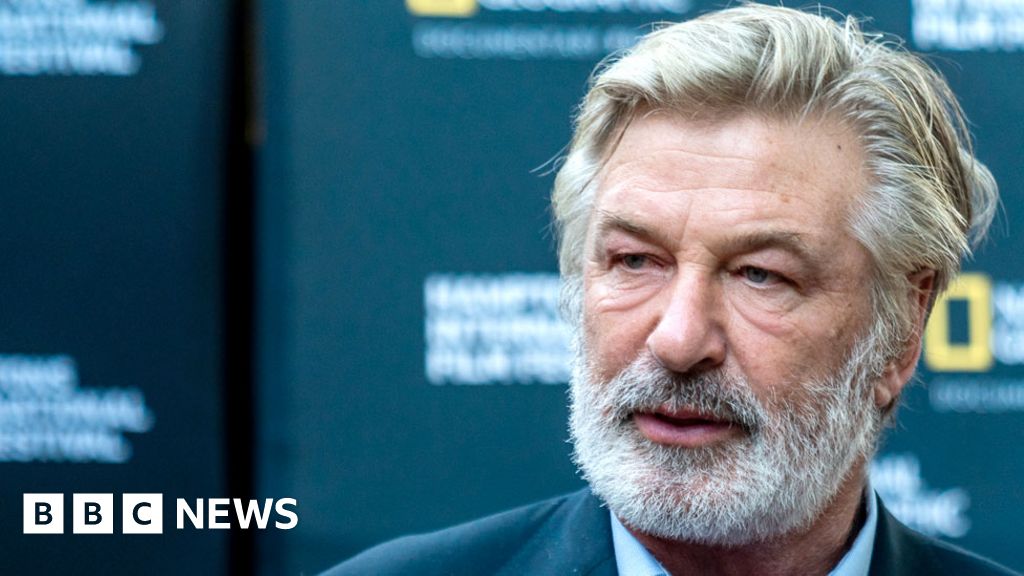 A man is also being treated in hospital after the firearm was discharged on set in New Mexico.

Oh my god. That is terrible.

They were making a Zatoichi re-make in 1988 and my friend, Gan, was making his movie debut as a samurai in the movie.
There was a sword fighting scene and he accidentally stabbed another actor in the throat and killed him. HIs father, who was directing the movie, had switched the sword to a real one because it was more “authentic”. My friend had no idea it was real… he lifted it up to swing it forward and the guy was standing behind him.

My friend blamed himself for the accident and he never recovered from what he’d done.
He passed away two years ago.

That’s him at 25 seconds into the trailer.
I found this on wiki:

“On the morning of Monday 26 December 1988, Ryûtarô Gan (the eldest son of Shintarô Katsu), who played Boss Goemon, while on set shooting the film, stabbed and killed actor Yukio Katô in a tragic accident. Gan (who was 24 at the time) struck Katô (age 34) in the neck with a katana long sword, which was supposed to be a prop, while performing an action scene. Kato was taken unconscious to the Okayama University Hospital (Okayama Daigaku Igakubu Fuzoku-byôin), where he died as a result of massive blood loss from the neck wound. Hiroshima Prefectural Police determined that the incident was one of professional negligence causing death (gyômujô-kashitsu chishi). Ryûtarô Gan was accused of professional negligence and would later state in court that he did not know that the sword he used was a real one. A police investigation established the cause of death as “professional negligence”.”

Yes, it was really sad, he was so torn up about it. And he was such sweet guy and a really great friend.

That sounds terrible, I can’t imagine.

We watched this last night.
It was really good. Pretty moving story so watch when you’re in the mood for such a thing. Anybody into samurai movies?
I’m not but these two movies were excellent. Especially the first one. I love Yakusho Koji, such a great actor. And Ichikawwa Ebizo was fantastic in the second one. Being a Kabuki actor his fighting scenes had a very kabuki feel to them.

Speaking of Yakusho Hiroshi, the original version of Shall We Dance will always be better than the re-make with Richard Gere.

We rented the 2020 adaptation of Emma and really enjoyed it. You get rentals from Prime for 48 hours now, so we’ve put it on three times. Our older son really likes to listen to British accents, we found out when Downton Abbey would comfort him while he was teething. My husband was super excited about Mr. Weston being Young Jolyon, I was excited about Emma’s dad being that vampire supremacist dad from Underworld, ahahaha.

I wish they would offer you a discount if you rent and then want to buy after. I’ve bought a lot of terrible movies and rented a lot of good ones.

That’s a really good point. You should get the rental cost of the purchase cost, then it’s just as if you bought it at time of fist watch.

Watched “Memoirs of a Geisha” last night. I remember watching it when it first came out and I’d read the book, also. And I remember the book being better than the movie but it was still enjoyable to watch again. Visually it was really beautiful with lots of contrasty saturated colors, I didn’t or couldn’t appreciate the beauty of the cinematography when I first watched it so this time it was really wonderful. (I see the cinematographer, Dion Beebe, won an Academy Award, a BAFTA award & the Los Angeles Film Critics Association Award for the movie, which makes sense.)
I know it was controversial for the use of Chinese actors for the geisha instead of Japanese ones but that never bothered me. I was really surprised at how good Yakusho Koji & Watanabe Ken’s English were. I’m glad I watched it again.

we watched dune this weekend.

we watched dune this weekend.

Oh good! Since you loved it, I’ll check it out.
I was trying to decide whether to watch it or not because it’s so long.

I’ve been actually considered breaking my multi-year drought of going to a movie to see this.

I am in the minority of people who liked the David Lynch Dune, so this one is bound to be a letdown.

I don’t think so.

I just watched the trailer for Crouching Tiger and the two of the actresses that were in Memoirs of a Geisha are in it. The trailer was not that good, though.