My kids are addicted to it. I had to get them on something else because there was a segment with a gay couple who were into “Puppy Play” and my 4 year old kept asking about it. I, of course, explained gay people, but wasn’t ready to tackle fetishes.

I’m only mentioning this to Monkey, if he’s planning on watching it with his son.

Finished Killing Eve season 1. Parts were fun and wonderful, but much of it was marred by poor writing/direction/editing. The emotional core of these scenes either moved too quickly, was poorly developed, or absent altogether.

I’m not saying it was bad, but there were quite a few ‘aw c’mon, really?’ moments for me where I just didn’t believe it. And I’m not talking about the story or action, but the character interactions and responses. They just didn’t ring true.

I get it. Eve finally gets to Oksana’s apartment and wants to really explore it. Within 90 seconds she is trashing the place, breaking bottles, etc. That is a lost opportunity on the part of the filmmakers to develop the tension, the emotional resonance…but nope, she just flies into it like a 14 year old. And I would expect that anyone who has been in counter-intelligence work for at least 10 years (as she says at one point) would not just lose their crap like that.

Yet I think that is somewhat the point of it. ‘What if spy action plots were populated by a bunch of overly-emotional or flawed female characters?’ I’m good with that. I’m neither a misogynist nor am I unhappy with the premise. I just think it could be more skillfully handled.

Still, I’ll watch Season 2, mostly because I like the assassin’s performance and it is solid entertainment. Just not ‘brilliant.’ If it’s really award worthy, it’s a slow year for competition.

tl:dr : I’m not pooping on it, but it could be better than it is, even with the same premise, story, characters and actors.

Yes, it was definitely silly/unrealistic in a lot ways and I just took all that with a grain of salt.
I guess because I wasn’t expecting something like “Tinker, Tailor, Soldier, Spy” to begin with and I thought that that was the point of the series. To be a bit more fun, lighter and entertaining than your usual realistic, serious spy drama and to make it more watchable for a wider audience.
So I wasn’t really bothered by it.

Jodie Comer/Villanelle/Oksana is the best part of the show!

ETA:
That meltdown that Eve had was definitely bad writing.

Has anyone started on season 3 of True Detective? I’m going to watch at least the 1st episode tonight.

My wife has been watching The Haunting of Hill House on Netflix. Seems like I heard a GAI song highlighted.

I watched the first two episodes on Monday night. I’m interested in the story already!

The documentary Rumble is coming up on PBS. I am looking forward to seeing this. Hope it focuses on Jesse Ed Davis, he’s one of my favorite guitarists of all time, Native American or otherwise.

I haven’t heard what anyone else thinks of True Detective. I just watched last nights episode. Only two left after this.

I’ve watched the first and a fraction of the second episode. It hasn’t kept my interest.

i think it’s frickin excellent. really loving it. finally something to give ssn 1 a run for it’s money.
i love true crime and smart mysteries. this is has it all for me.

It’s definitely kept my attention too. We have been excited to watch it every week. Can’t wait to see how it wraps up.

For all you people who still haven’t watched ‘Fleabag,’ here’s a nice NYT article on PWB and bringing the play to NYC. Fleabag is on Amazon. 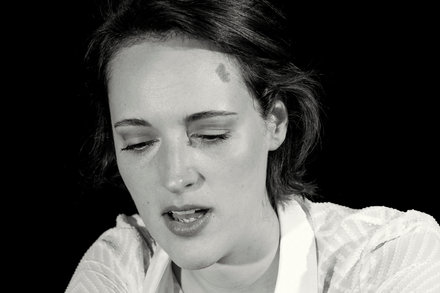 Phoebe Waller-Bridge Will Make You Laugh So Hard It Hurts

The writer-actress behind the wild, disorienting comedy of “Fleabag” and “Killing Eve” is bringing her sneak-attack humor to New York.

I had been meaning to check out Fleabag, because I loved season 1 of Killing Eve, but, I forgot. THanks for the reminder, Sir.

I like it, even if it is moving a bit slow. Sometimes I wonder if the time-shifting is necessary or sort of a fall-back gimmick. Also, I wish the lead guy would speak the fuck up. What is it on TV these days where everyone speaks in a breathy half-whisper? It drives me nuts.

We rewind a lot bc we didn’t hear what he said.

Mumbling is the new norm.

You have to turn up the volume if you really want to hear the dialogue… then the inevitable explosions knock you over.

Irritates me, but I don’t watch much of anything.