I love that album. She’ll do anything…to make you feel like an asshole…

I beg you to listen to the new Beth Orton album. I haven’t stopped listening to it since it was released. It’s her best album since one of my favorite albums of all time, Central Reservation. Give it a few listens. Much like myself, it’s a grower.

just downloaded it on itunes now, nick. i’ll have it on in my office all day and i’ll give a good proper listen tonight on my sonos in the house.

this is really cool, thanks for that! I didn’t know Change the Locks was a Lucinda Williams song!

That’s a big box. I wonder how much the set lists change between discs?

Are you familiar with ‘Having fun with Elvis On Stage’? It’s an album made up entirely of the stuff he said between songs, often funny. It was compiled by Col. Tom, who put it on his own label and sold out of his car at shows. RCA was pissed, but because it didn’t have any Elvis music on it, they couldn’t do anything. A deal was struck, and RCA put it our officially. Col. Tom made money, again. The originals are worth more than the RCA version.

Having Fun with Elvis On Stage

You can see the set lists for that box set here and it stays pretty much the same between discs. https://superdeluxeedition.com/news/elvis-presley-elvis-on-tour/

The first three cds are previously unreleased and it comes with a DVD, too. And it says some of the tour rehearsal stuff are unreleased also. It’ll be nice to hear something else besides the Las Vegas stuff from the early 70’s because that’s mostly all I’ve found online so far.

But you probably already own or have seen the Elvis On Tour movie that comes with the box set, right?

Yeah…not my favorite of his.

Dug this up from the basement. Wow! You have it on VHS!

I saw some clips from this on youtube so I guess if I feel like watching it I’ll do it there since I’m not planning on getting the boxset. 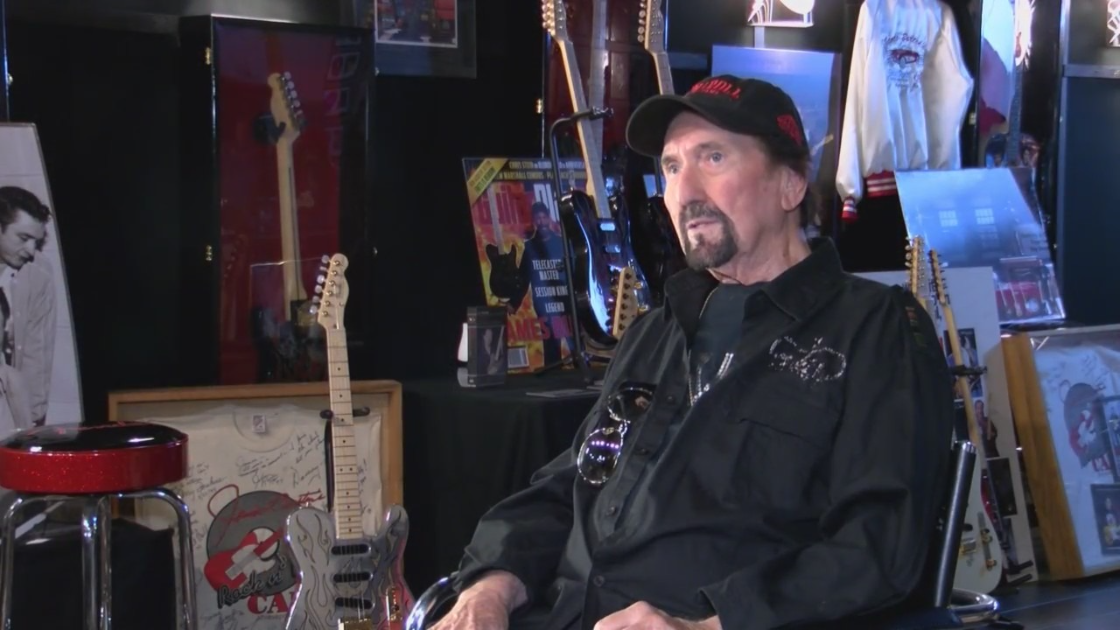 Iconic guitarist and Rock & Roll Hall of Famer James Burton says he has been diagnosed with kidney cancer.