my nephew, mom, and i are reading a book together…i guess like a mini club thing…

I put down three to choose from…

from: Tough Trip Through Paradise
A lesson before dying
Shadow Country

Read this a while ago. I don’t call bullshit on any of the stories. Some people have a ridiculous tolerance of alcohol. My complaint is how much the book deals with his drug problems and not so much about music, but I guess he doesn’t remember much about recording.

I’m trying to work on my relationship with my sister and one thing we have in common is that we both read a lot. I figured an easy in would be to read something at the same time and….

Folks, do not take your reading recommendations from TikTok (her, not me, I’m obviously not on TT). Have you heard of a mess called “A Little Life?”

If you take a Hallmark Channel movie and intercut it every 100 pages with 50 pages of hardcore sexual abuse of a child for a total of 800 pages, you have A Little Life. This kid is raped by something like 50 men, but hey yo, get this, he has like 7 close friends, he has a theorhetical math degree from MIT and a law doctorate from Harvard, he bakes pastries like a Michelin chef, he sings opera in his spare time.

If you want to read something that will gut you for all the right reasons, skip this low effort swill and read “Never Let Me Go” by Kazuo Ishiguro. Fuck man. I’m mad as a hornet. This is so good. I had no idea my childhood in the 1990’s Midwest was so incredibly ubiquitous. I’m less than a tenth of the way done with it and already cried once.

Folks, do not take your reading recommendations from TikTok (her, not me, I’m obviously not on TT). Have you heard of a mess called “A Little Life?”

I tried reading the Wikipedia entry, so the protag is a gay orphan, who uses his ass like a Venmo account? And this work is supposed to represent the “queer” experience…? I can’t…

It’s been a minute since I posted what I’ve been reading.

I read the Darkest Web and it was wildly entertaining, especially the middle section. It was in three parts, the first was about the Silk Road and Ross Ulbricht (I was super familiar with this, so it was neat to get a fresh perspective), the second was about murder for hire on the deep web and included a wild story about both a person trying to become an online assassin (laughed until I cried) and a person trying to hire out a hit on his wife. The third section was all child pornography.

Next I read the Children of Red Peak, it was a slog. I don’t know how you fuck up such a promising premise so badly but he managed it. I ended up reading 300 pages of fan fiction about an fictional emo-metal band singer. Band name: Cats Are Sad. Profound, huh?

Then I read two non fiction books on the RIE method of parenting and on exotic shorthair cats, I’ll spare you the details.

THEN I watched the documentary “Children of the Snow” on the Oakland County Child Murders and quickly picked up “The Killing Jar” (if you like Fight Club, this true crime memoir was written for you, I laughed until I cried reading the one star reviews on Amazon after I finished it) and the excellent “Snow Killings,” by Marney Keenan on the same subject. You get to see the authors of both books interviewed in the documentary.

Then I re-read Rachel Pollack’s tarot classic 78 Degrees of Wisdom.

And I just wrapped up both Royal family books by Daily Beast founder and former editor of Vanity Fair, Tina Brown. They were both amazing especially after having read the ludicrously in-depth Sally Smith biography on Prince Charles.

And now I’m trying to get through a new book on the Gacy murders that is all about the victims specifically. Great premise, but poorly written and really hard to follow so far. It’s called “Boys Enter the House,” and was just published this year.

Been reading a bunch of Mick Herron lately, made one of them into an apple TV show (Slow Horses) Gary Oldman was about exactly how I imagined Jackson Lamb 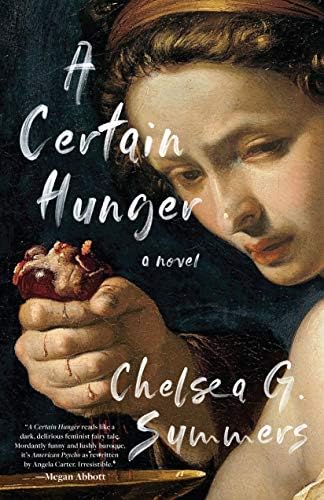 I could tell five pages into this book that I would be reading it over and over. I have never read anything in my life that is more stylish or delightful. The satire sings on the page. The dark humor begs to be shared but it’s not an experience that you CAN share with the plot being so gleefully over the top, so complicated, that the context would take away from the deftness of the writing. I saw myself in here so often, it’s a deliciously millennial gossipy piece of work that was compulsively readable. The voice of the narrator is so incredibly well conceived that even as she’s describing horrific acts of violence, you’re careening along on the joyride with her. This is the type of work that Hanya Yanagihara could only dream of doing, and Chelsea wasn’t even an actual lifestyle columnist! Smart, slick, perfectly plotted, and riotously funny, this book catapulted into my all time top three before I had even turned the last page. Not to be missed!

Okay, @highlife Not gonna lie, this wasn’t a recommendation for you. I don’t want you to spend $10+ dollars on this and lose all faith in my recommendations. She uses the word “fecundity” five times in the first 25% of the book and while I forgave her, you write for a living so I fear you cannot. This book was written by a woman for women.

Thanks for the clarification. Sadly my reading time has been very little lately, or more accurately I am not prioritizing it well. My unread book pile is Jenga-like now.

I’m reading the Patty Schmele memoir “Hit So Hard,” I remember liking the documentary despite Erik Erlandson’s best efforts (tee hee). She has a really accessible writing style which is nice and unexpected since there’s no co-author credit. It actually sounds very much like she might’ve dictated and transcribed.

I just finished another memoir that was on my list for awhile called “Drunk Mom,” I thought it would be a little more accessible, but she was a full blown alcoholic, so it was pretty uncomfortable, especially the one anecdote about blacking out home alone with the five week old baby and coming to with him screaming from his crib. She described how the baby smelled in her arms and it was like tear inducingly visceral for me. I did really enjoy an observation she made though, talking about how parenting is the inverse of “the definition of insanity,” in that you do the same things over and over and the baby changes his reactions. That it is the repetition that makes you crazy, the result that keeps you hanging on.

The Nineties by Chuck Klosterman. 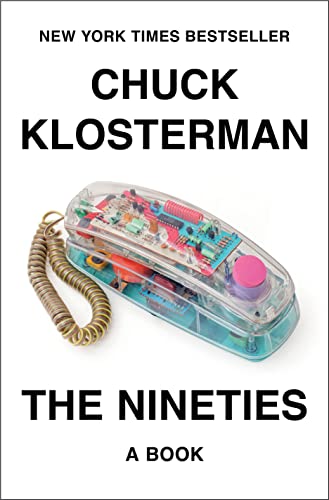 I love it! I love Klosterman. Chuck writes like I think if I happened to be more eloquent, smart and funny as fuck. He flits between references with aplomb. If there was a Buzzfeed “answer these 23 questions about Disney Princesses and we will tell you which essayist you are,” mine would come back with Chuck. I first fell in love with Sex, Drugs and Coco Puffs. I have loved everything since then.

Awesome, thanks, this one has been on my list!

Did you pick it up yet?

No, but I have two pages left in what I’m reading now, so I’ll start it today! I could PROBABLY take a break from Israel Keyes books. Probably.

I started it, however like the first chapter says, I think it’ll be interesting to see how you related to the topic having experienced at least part of the 90s as an adult, whereas I turned 13 in the year 2000. I absolutely think that this “Sinbad” movie is actually Shaq in Kazaam.

I want to read it but I have a weird thing against hardback books. I usually wait till things come out in paperback.

Should I read this Generation X book? I sprained my eyes rolling them at “I had this Volkswagen 1600 with a tape deck, and I’d just drive around the desert listening to the Stone Roses. I think I chose the desert because it’s a metaphor,” but I haven’t ruled out reading it just because of that…