I think the desert is a metaphor for clichéd writing.

It is… how you say? A metaphorrrr… I’m at the part where he talks about Ross Perot. In 1992 we did a mock election at my school where we children essentially snitched about who our parents voted for. I remember joking with a fellow kindergarten about “Ross Parrot,” and little Phil Minks getting all red in the ears when he shouted at us to shut up because his parents voted for him.

I am actually more likely to assume a woman (with the exception of Taylor Swift) is playing a character or making a concept album than I am to assume it’s autobiographical. I think men are way more likely in my mind to write uncomplicated and literal lyrics. Picking apart Ryan Adams, assuming that the main character in Separation Sunday is the lead singer of the Hold Steady actually, like, Aimee Mann and Neko Case know how to write a concept album. I once made a joke to my fellow reality TV junkie friend that Folklore by Taylor Swift may in fact be fanfiction about being alcoholic widow Dorinda Medley from the Real Housewives of New York.

I was obsessed with Bully, not Kids. Bully had so many intersections of things I can’t leave alone. It was one of Brad Renfro’s last films, it costarred Nick Stahl, and Nick Stahl violently raping Brad Renfro was a bit on the nose for me. It also featured Macaulay Culkin’s former child bride, Rachel Miner, and Michael Pitt who I am 9000% obsessed with, also that talking head from the I Love the 90’s show who referred to Beck as “boy hot,” it lives rent free in my mind.

The big legacy in my mind around Alanis Morrisette is a that she forever proved the point that Joni Mitchell is here for Joni Mitchell and she’s not about to help anyone, including women, get respect until she feels like she has it. I’m gently saying she’s a bad feminist. That tearing down a 21 year old girl is a bad look and I never forgot it. Hang your heroes from trees, I only idolize the dead now.

I really enjoyed the segment about the video store. I totally remember my mom buying VHS in the drive thru at McDonald’s, that’s how we got our copy of Ghost, yo. I think that the difference between accessible archival material is a good metaphor for what women’s lives were like before and after hormonal birth control. But I wasn’t alive for that, so maybe not. Still, fun to contemplate. I’ve seen Clerks like 300 times, but never rented it. I feel really conflicted about Kevin Smith. But my sister and I rented Wayne’s World so many times we could have bought several copies. I don’t mind telling you that I wanted to marry Dana Carvey.

Jeez this got dry, but my interest is picking back up again now that Chris Gaines is on the horizon.

Nevermind, he got one paragraph.

I do appreciate “Kirstie Alley in Veronica’s Closet,” as I have a stupid anecdote from my childhood regarding it.

I want to hear it.

My mom was selectively ignorant about what constituted inappropriate content in our house.

My sister watched Jerry Maguire (with the very graphic and awkward girl on top sex scene in the first ten minutes) approximately five times a week from the ages of 7-13. I didn’t like that one much, but I definitely have seen Evita conservatively 89 times. Spending one hour with me in real life would probably bear witness to at least one reference to it, it’s my identity in many ways. My mother confiscated my Midnite Vultures cd I got for my 14th birthday to screen it months after I’d received it only to decide it was too bafflingly odd to be profane (thank god).

But one night we were all watching television and my mom came home in the middle of an episode of Veronica’s Closet (which wasn’t good and was only picked because Kirstie Alley was in It Takes Two with the Olsen twins and Steve Guttenberg… we did not have cable). The premise of the episode is that Veronica wants to have sex with her builder but there’s a stipulation in her pending divorce that doing so will incur a severe financial penalty. She ultimately succumbs to her lust only to find out that her hot construction worker is a two minute man. She gives a long soliloquy to him in response to “what did you think of that” saying all the places he is going to repeat the act in slow motion to make it worth her while. My mother was horrified and we were never allowed to watch Veronica’s Closet again. It’s literally the only show from the entire time living in my mothers house that was forbidden.

My sister watched Jerry Maguire (with the very graphic and awkward girl on top sex scene in the first ten minutes) approximately five times a week from the ages of 7-13. I

That line about “if one of us doesn’t say something now we might lose ten years being polite about it” is pretty damn devastating. It was definitely on my mind when I finally got divorced.

I finished the book. Predictably it got more entertaining to me as my context grew. Everything after the Titanic chapter (but not including, yes I saw Titanic in the theatre twice and we owned it on dual VHS, however this chapter didn’t resonate.), was riveting especially the stuff about Bill Clinton, American Beauty, and Mike Tyson.

This brings up a lot of thoughts for me, they’re very much in line with what @bakamomo said about how having guilty pleasures is a generational phenomenon, and contemplating how my experience of being a millennial raised by a Gen-X mother and having also been married to a Gen-X man for nearly my entire 20s has informed my personality and convictions.

About halfway through, the Vietnam journal parts work well, finding it interesting overall. Going to reread some Roberto Bolano stories, The insufferable gaucho

I’m preparing to tuck into Middlemarch for the first time.

I don’t read much, but I can’t wait for this: 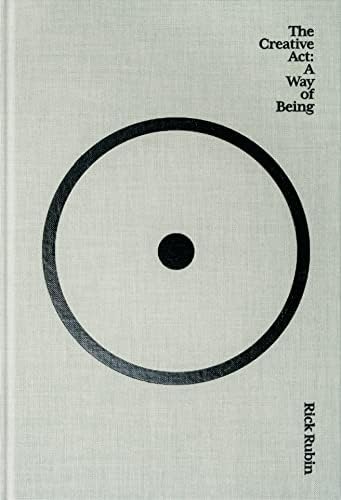 Part period epic, part fable for modern days, Wolf Totem depicts the dying culture of the Mongols–the ancestors of the Mongol hordes who at one time terrorized the world–and the parallel extinction of the animal they believe to be sacred: the fierce and otherworldly Mongolian wolf. Beautifully translated by Howard Goldblatt, the foremost translator of Chinese fiction, this extraordinary novel is finally available in English